Crack cocaine is a free base form of cocaine. It can be smoked and will then provide a short, intense high. While cocaine hydrochloride (powdered cocaine) has a melting point of 190 °C (374 °F), crack cocaine vaporizes at around 90 °C (194 °F).

While powdered cocaine has attained a glamorous image associated with the wealthy, famous and powerful, crack cocaine first saw widespread use in impoverished urban neighbourhoods in major U.S. cities and has largely retained this association with poverty in the public eye.

Research indicates that smoking crack cocaine comes with additional health risks compared to snorting powdered cocaine and that many of those additional health risks are connected to the release of methylecgonidine. Methylecgonidine is a pyrolysis product that forms when crack cocaine is smoked, and it is more harmful to the body than the other byproducts of cocaine. The toxicity of methylecgonidine is due to its partial agonist effect at the M1 and M3 muscarinic receptors, which are found in many different parts of the human body. Methylecgonidine causes DNA fragmentation and neuronal death, and is known to damage vital organs such as the heart, the liver and the lungs. 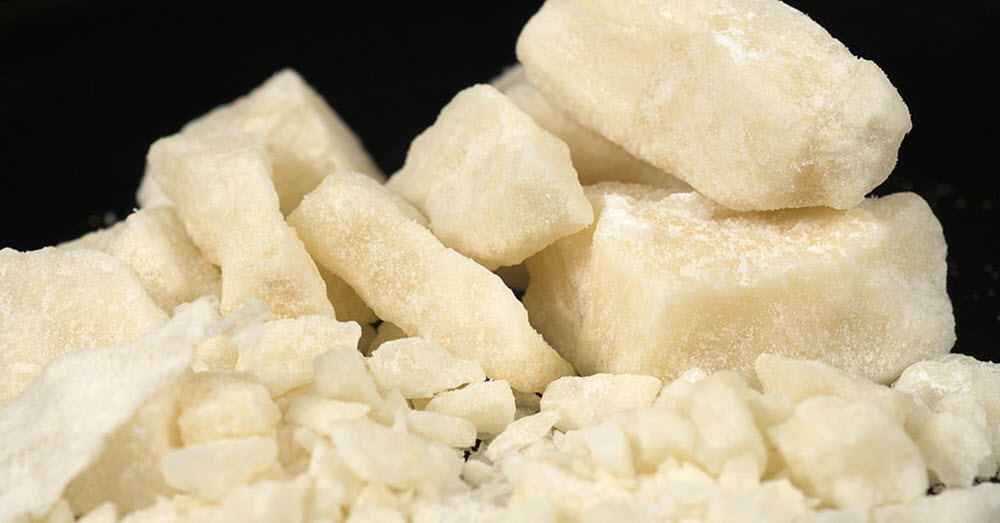 When smoked, crack cocaine will cause the release of a huge amount of dopamine in the brain, and this flood of dopamine causes euphoria, increased confidence, increased energy and increased alertness. This initial effect will usually only last for 5-10 minutes. Afterwards, the dopamine level in the brain drops, causing the user to feel tired and listless.

When smoked, crack cocaine is very quickly absorbed into the bloodstream and will typically reach the brain in less than ten seconds.

A weak base, such as common baking soda (sodium bicarbonate), is required when powder cocaine is turned into crack cocaine. Two other examples of weak bases that will work are ammonium bicarbonate and ammonium carbonate.

The free base cocaine can now be seen as an oily layer on top of the liquid. This oily substance is pulled up and left to dry. When dry, it can be rolled into ”rocks”. 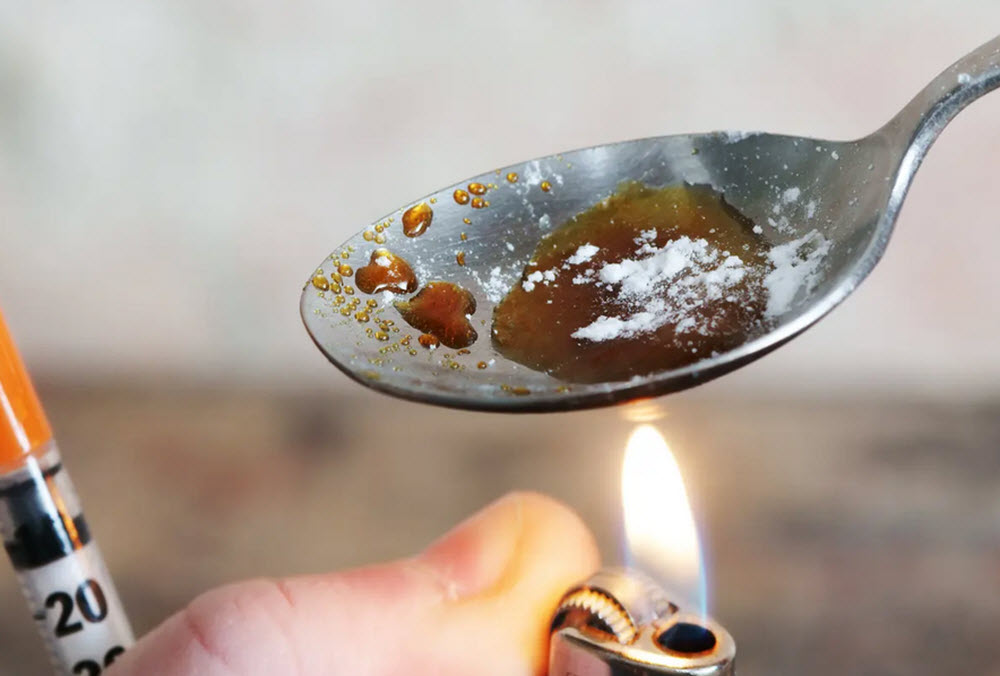 In the early 1980s, a majority of the cocaine that entered the United States was sent from Colombia to Miami via the Bahamas and the Dominican Republic. The huge amounts of powdered cocaine entering Bahamas and the Dominican Republic caused a local price drop in both countries, which harmed the business model of local cocaine dealers catering to the local markets. In an effort to boost profits and provide a more desirable product, some dealers began converting powdered cocaine into its free base form – a form that could be smoked and would provide an intense and immediate high. This free base form became known as crack cocaine. It was fairly easy to produce with locally available resources, ready to use and could be sold in small single-dose quantities.

As early as 1981, crack cocaine had reached the United States and was sold in places such as Miami, Los Angeles, Oakland, San Diego, Houston, and New York City. In these early days, it actually had a higher purity than the powdered cocaine products available from your average U.S. street dealer.

Data from 1984 show that powdered cocaine with an average purity of 55% would cost around $100 per gram on the street in major U.S. cities. At the same time, crack cocaine with an average purity of more than 80% could be purchased for the same price. In some places, it had become possible to buy a single-dose of crack cocaine for as little as $2.50 and this did, of course, help boost its popularity and also deepen its association with poverty.