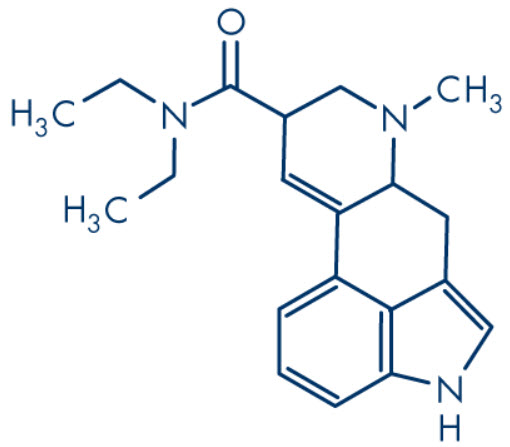 Lysergic acid diethylamide (LSD) is a hallucinogenic drug that typically impacts the users perception of reality as well as their thoughts and feelings. It belongs to the drug class serotonergic phychedelic, and it is not uncommon for a user to experience both visual and auditory hallucinations.

LSD was first synthesized in Switzerland, and the abbreviation LSD comes from its name in German: Lysergsäurediethylamid.

In its pure form, lyseric acid diethylamide is crystalline. It is white and has no smell. It breaks down if exposed to ultraviolet light.

As little as 20 micrograms of LSD can have a noticeable effect on an adult human.

Effects typically start within 30 minutes after administration and can last for up to 12 hours.

The effects of LSD are believed to occur as a result of alterations in the serotonin system.

LSD is usually sold on small squares of absorbent paper. These squares are either swallowed or held in the mouth.

Less commonly, LSD is sold as tablets, capsules or gelatin squares. The liquid form is even rarer.

Examples of effects and side effects of LSD:

Adverse mental reactions can occur, such as anxiety, depression, paranoia, and psychosis.

Flashbacks can be experienced days, weeks or even months after the last usage and there is a risk of developing hallucinogenic persisting perception disorder.

Death as a result of LSD overdose are virtually unheard of, but the distorted view on reality brought on by the drug has caused users to behave in ways that have been very harmful or even deadly. 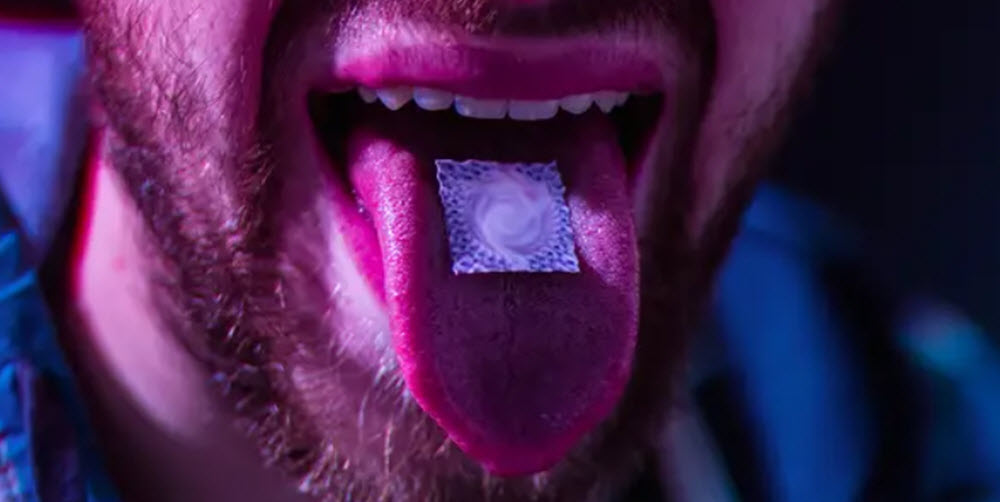 There is currently no approved medical use for LSD.

LSD was first synthesized on November 16, 1938, by the Swiss chemist Alberg Hofmann. The synthesizing took place at Sandoz Laboratories in Basel as a part of a research program looking for medically useful alkaloid derivatives. Hofmann was researching lysergic acid derivatives, hoping to create a respiratory and circulatory stimulant for the medical field.

It would take another five years before the psychedelic properties of LSD were discovered, and it happened by accident. In April 1943, Hofmann decided to revisit his old discovery – the lysergic acid diethylamide – and carry out more research on it. As he was making a new batch on April 19, he accidentally ingested a small amount of it and began experiencing restlessness and slight dizziness. After going home and laying down, the chemist “…sank into a not unpleasant intoxicated-like condition, characterized by an extremely stimulated imagination. In a dreamlike state, with eyes closed (I found the daylight to be unpleasantly glaring), I perceived an uninterrupted stream of fantastic pictures, extraordinary shapes with intense, kaleidoscopic play of colors. After about two hours this condition faded away.”

Just a few days later, on April 19, Hofmann deliberately ingested LSD to study its effects. He chose to administer 0.25 milligrams as he predicted that it was the threshold dose, based on his knowledge of other ergot alkaloids. (Later, the threshold dose for LSD was shown to be much lower, just 0.02 milligrams.)

Within an hour of ingesting 0.25 milligrams of LSD, Hoffman experienced sudden and intense changes in perception. He asked his laboratory assistant to escort him home, and they biked from the lab to Hoffman´s house. During that bike ride, Hoffman experienced anxiety, feared that the LSD had poisoned him and that he was going insane, and suspected that his next-door neighbor was an evil witch.

A medical doctor was sent for, but found no physical abnormalities with the patient except very dilated pupils. This calmed Hoffman, and his anxiety gave way to feelings of good fortune and enjoyment.

Later, he would write about the experience, explaining how “… Little by little I could begin to enjoy the unprecedented colors and plays of shapes that persisted behind my closed eyes. Kaleidoscopic, fantastic images surged in on me, alternating, variegated, opening and then closing themselves in circles and spirals, exploding in colored fountains, rearranging and hybridizing themselves in constant flux …”

After this experience, it was clear to Hoffman that he had discovered a very potent psychoactive substance that, even in incredibly small doses, was capable of shifting a person´s perception of reality. He predicted that LSD would be used as a psychiatric tool.

By 1947, Sandoz Laboratories launched LSD as a psychiatric drug and marketed it as a panacea helpful in the treatment of anything from schizophrenia to alcoholism and criminal behaviour.